The difference between Sinkhole and Catastrophic ground cover collapse 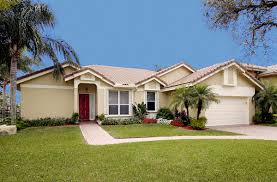 A sinkhole, also known as a sink, shake hole, swallow hole, swallet, doline or cenote, is a natural depression or hole in the Earth’s surface caused by karst processes — the chemical dissolution of carbonate rocks[1] or suffosion processes[2] for example in sandstone.

Sinkholes may vary in size from 1 to 600 meters (3.3 to 2,000 ft) both in diameter and depth, and vary in form from soil-lined bowls to bedrock-edged chasms. Sinkholes may be formed gradually or suddenly, and are found worldwide. The different terms for sinkholes are often used interchangeably

On the other hand, covers only a small portion of damages caused by sinkhole activity. Under Florida law, catastrophic ground cover collapse includes geological activity resulting in the following:

Consider the damage that the property must sustain before a government agency would force a family out of their home, and it becomes clear just how worthless this coverage is.

There will be sweeping changes

There are bills being passed as I write this, for more information contact me.