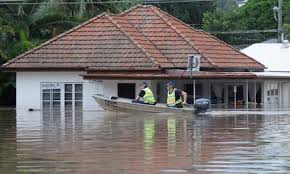 The Senate passed a bill in January to delay certain flood insurance rate hikes. The bill delays the implementation of certain provisions of the Biggert-Waters Flood Insurance Reform Act of 2012. The Senate bill would halt premium hikes by retaining most flood insurance subsidies for four years to give the Federal Emergency Management Agency (FEMA) time to complete an affordability study and guarantee that its flood maps are accurate. The bill would also grandfather low rates for homeowners placed into a flood zone for the first time or moved into a higher-risk flood zone due to remapping.

“The strong vote from the Senate today shows the importance of addressing the unintended consequences of reforming the flood insurance program. While we remain committed to introducing actuarial rates as required under the Biggert Waters Act, today’s action by the Senate allows that process to move forward with the least disruption to homeowners and supports the worthy goal of returning the NFIP program to solvency,” ABA said in a statement.

The National Flood Program has been a Federally backed and ran program since the beginning, pumping Billions of dollars back into to it in the 1970s. I believe if you have a home is in some very low areas it should not be rebuild unless they can build it up or have a garage on the bottom with proper flood vents.

I think the answer could be Private companies starting to offer there own Flood Insurance. Open market is always good for the consumer.