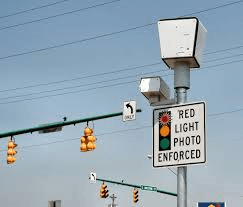 Gone are the days when you could run a red light and get away with it. Red light cameras are everywhere, there are nine of them in the city of Lakeland, Florida alone, not to mention all of the other cities in the Polk county area and in every other county in the United States.

According a study done by The National Highway Traffic Safety Administration’s (NHTSA) , there were more than 2.3 million reported intersection-related crashes, resulting in more than 7,770 fatalities and approximately 733,000 injury crashes in 2008. Although there is much debate over the ethicality of red light cameras, they don’t appear to be going anywhere anytime soon.

These cameras have brought the cities who implement them revenue at the expense of drivers. The average cost of a ticket for running a red light is $125 and this price could go up to $225 for people who have been cited three times or more.

Traffic fees and fines, not only brings revenue to the city, it takes money out of your pocket. Red Light tickets as well as any other moving traffic violation stay on your driving record for at least three years and this has a direct effect on your automobile insurance policy premium.

These tickets can be fought in traffic court but the outcomes most times than none favor the city, which means that you are stuck paying court fees and the ticket. The only way to avoid getting a ticket of any kind is to obey all traffic signs, keeping your speed within the limit posted and by making it a habit to slow when approaching an intersection so that you give yourself enough time to stop in the event the light turns red.